While some of the examples, like uranium, correspond to a sharp transition, others like specialization are more continuous. I’ll use emergence to refer to qualitative changes that arise from quantitative increases in scale, and phase transitions for cases where the change is sharp.

In this post, I'll argue that emergence often occurs in the field of AI, and that this should significantly affect our intuitions about the long-term development and deployment of AI systems. We should expect weird and surprising phenomena to emerge as we scale up systems. This presents opportunities, but also poses important risks.

Emergent Shifts in the History of AI

There have already been several examples of quantitative differences leading to important qualitative changes in machine learning.

Storage and Learning. The emergence of machine learning as a viable approach to AI is itself an example of More Is Different. While learning had been discussed since the 1950s, it wasn’t until the 80s-90s that it became a dominant paradigm: for instance, IBM’s first statistical translation model was published in 1988, even though the idea was proposed in 1949[1]. Not coincidentally, 1GB of storage cost over $100k in 1981 but only around $9k in 1990 (adjusted to 2021 dollars). The Hansard corpus used to train IBM’s model comprised 2.87 million sentences and would have been difficult to use before the 80s. Even the simple MNIST dataset would have required $4000 in hardware just to store in 1981, but that had fallen to a few dollars by 1998 when it was published. Cheaper hardware thus allowed for a qualitatively new approach to AI: in other words, More storage enabled Different approaches.

Compute, Data, and Neural Networks. As hardware improved, it became possible to train neural networks that were very deep for the first time. Better compute enabled bigger models trained for longer, and better storage enabled learning from more data; AlexNet-sized models and ImageNet-sized datasets wouldn’t have been feasible for researchers to experiment with in 1990.

Deep learning performs well with lots of data and compute, but struggles at smaller scales. Without many resources, simpler algorithms tend to outperform it, but with sufficient resources it pulls far ahead of the pack. This reversal of fortune led to qualitative changes in the field. As one example, the field of machine translation moved from phrase-based models (hand-coded features, complex systems engineering) to neural sequence-to-sequence models (learned features, specialized architecture and initialization) to simply fine-tuning a foundation model such as BERT or GPT-3. Most work on phrase-based models was obviated by neural translation, and the same pattern held across many other language tasks, where hard-won domain-specific engineering effort was simply replaced by a general algorithm. 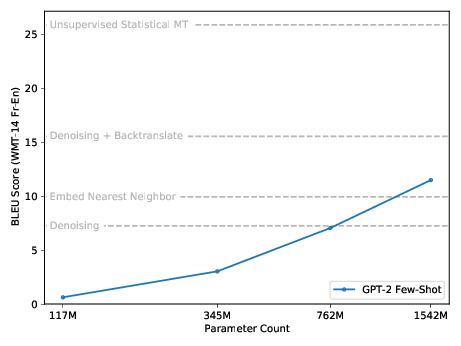 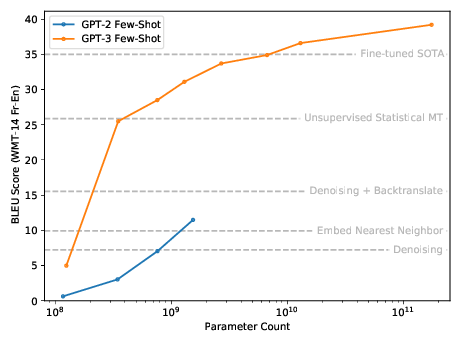 Top: Few-shot machine translation performance (BLEU score) for GPT-2. Bottom: GPT-3 (trained on more data) has an even starker curve, going from 5 to 25 BLEU between 100M and 400M parameters. Unsupervised baselines, as well as fine-tuned state-of-the-art, are indicated for reference.

This was an unexpected and qualitatively new phenomenon that only appeared at large scales, and it emerged without ever explicitly training models to have these few-shot capabilities. Comparing GPT-2 to GPT-3 shows that the exact model size needed can vary due to the training distribution or other factors, but this doesn’t affect the basic point that new capabilities can appear without designing or training for them.

Grokking. In 2021, Power et al. identified a phenomenon they call "grokking", where a network’s generalization behavior improves qualitatively when training it for longer (even though the training loss is already small). 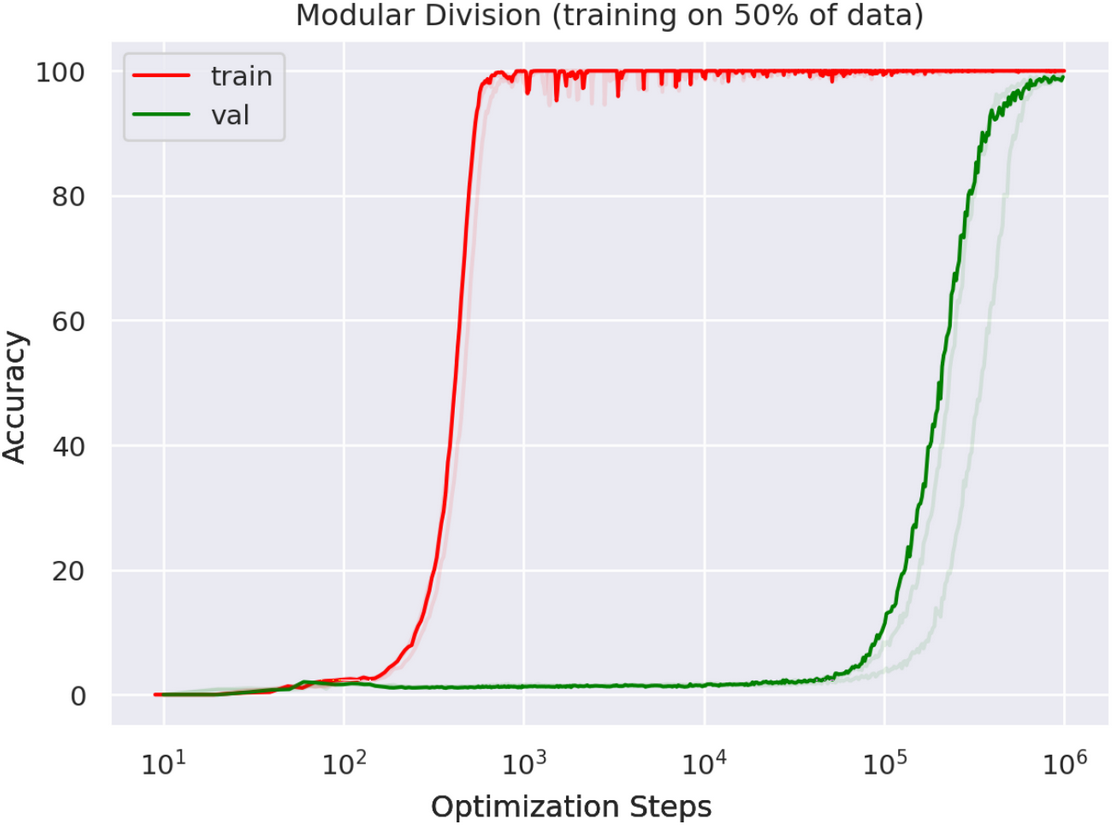 This shows that even for a single model, we might encounter qualitative phase transitions as we train for longer.

Other potential examples. I'll briefly list other examples from recent papers. I don't think these examples are as individually clear-cut, but they collectively paint an interesting picture: 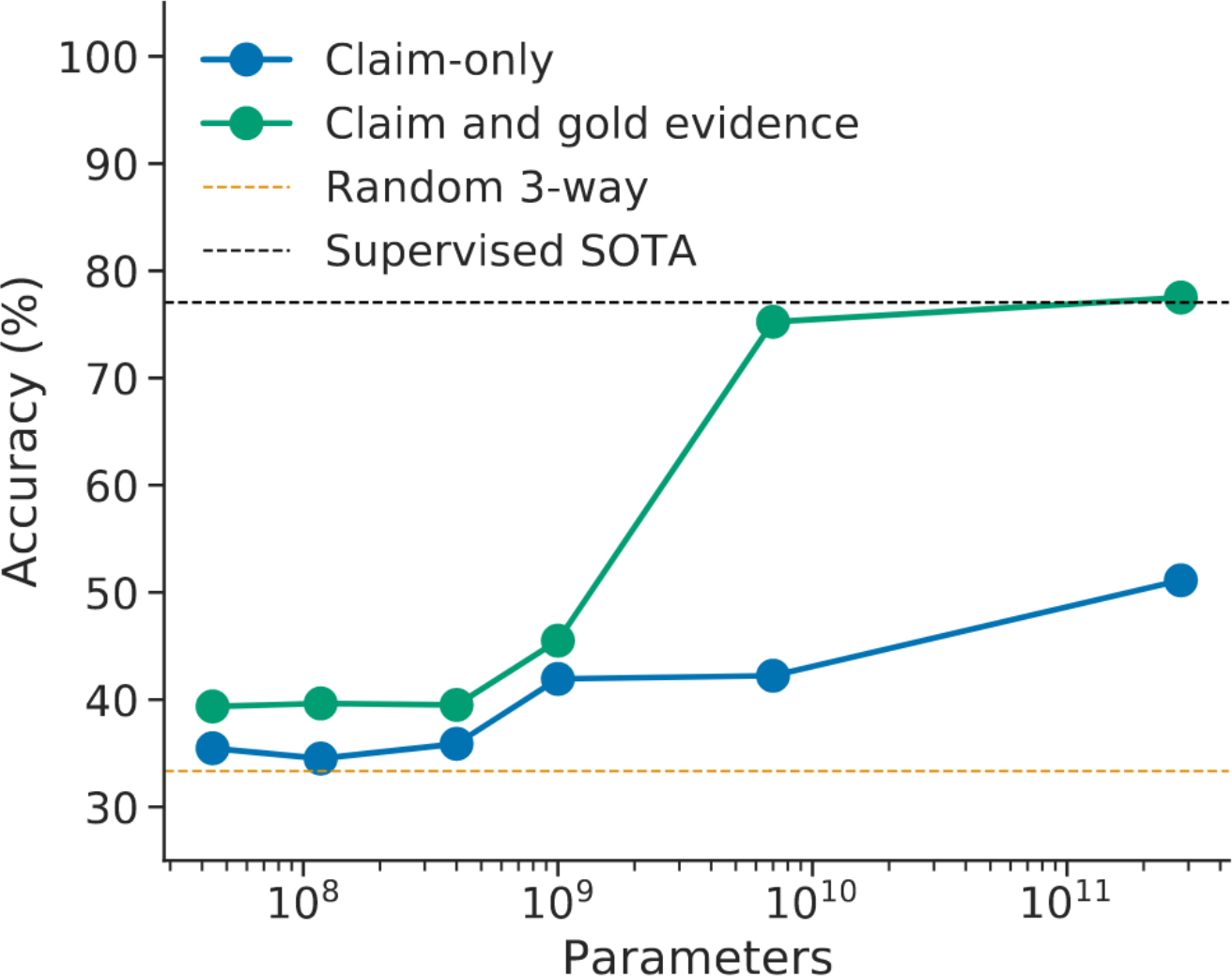 What This Implies for the Engineering Worldview

In the introduction post to this series, I contrasted two worldviews called Philosophy and Engineering. The Engineering worldview, which is favored by most ML researchers, tends to predict the future by looking at empirical trends and extrapolating them forward. I myself am quite sympathetic to this view, and for this reason I find emergent behavior to be troubling and disorienting. Rather than expecting empirical trends to continue, emergence suggests we should often expect new qualitative behaviors that are not extrapolations of previous trends.

Indeed, in this sense Engineering (or at least pure trend extrapolation) is self-defeating as a tool for predicting the future[2]. The Engineering worldview wants to extrapolate trends, but one trend is that emergent behavior is becoming more and more common. Of the four phase transitions I gave above, the first (storage) occurred around 1995, and the second (compute) occurred around 2015. The last two occurred in 2020 and 2021. Based on past trends, we should expect future trends to break more and more often.[3]

How can we orient ourselves when thinking about the future of AI despite the probability of frequent deviations from past experience? I'll have a lot more to say about this in the next few posts, but to put some of my cards on the table: