In Future ML Systems Will Be Qualitatively Different, I argued that we should expect ML systems to exhibit emergent capabilities. My main support for this was four historical examples of emergence in ML.

In some sense, extrapolating from only four data points is pretty sketchy. It's hard to tell if these examples are the start of a trend, or cherry-picked to tell a story. In low-data regimes like this, it's helpful to have a prior, and so I'll spend this appendix looking at related fields of science and examining how common emergent behavior is in those fields.

In short, my conclusion is that emergence is very common throughout the sciences, and especially common in biology, which I view to be most analogous to ML. As such, I think it should be our default expectation for ML, and the four data points from before primarily serve to confirm this. Personally, forming this "prior" updated my views about as much as the (combined) historical examples that I previously discussed for ML.

More Is Different Across Domains

Recall that emergence refers to the idea that More Is Different: that quantitative changes can lead to qualitatively different phenomena. While this idea was first articulated by the physicist Philip Anderson, it occurs in many other domains as well:[1]

For a broadly accessible introduction to emergence, I recommend this video by Kurzgesagt. For a slightly longer treatment, a reader also recommended this other video.

Zooming In On Biology

Among the physical sciences, biology is the domain that seems most analogous to machine learning. While analogies between artificial and biological neurons are overwrought, these two fields share genuine, fundamental similarities. Both study objects that are shaped by complex optimization processes (evolution for biology, gradient descent for ML). The objects are composed of simple well-understood parts, but they are difficult to understand in aggregate because optimization puts the parts together in complex ways. Progress in ML benefits from Moore's law, while biological understanding benefits from the Carlson curve for DNA sequencing (and earlier from a Moore-like law for X-ray crystallography).

Biology is also the domain where More Is Different holds most strongly. In biology, macromolecules (e.g. proteins) have complex structures that cannot exist in small molecules, and which support important functions. For instance, hemoglobin transports oxygen efficiently due to a nonlinear dissociation curve that wouldn't be possible with small molecules.

Finally, complex organs such as eyes need a huge number of cells in even their simplest form--fruit flies, whose visual resolution is near the minimum to detect objects, have eyes with 16,000 cells. Even among eyes, different numbers of cells (and hence different visual acuities) lead to qualitative differences. Spiders create patterns in their webs that birds can see (and thus avoid, to mutual benefit) but that insects cannot. 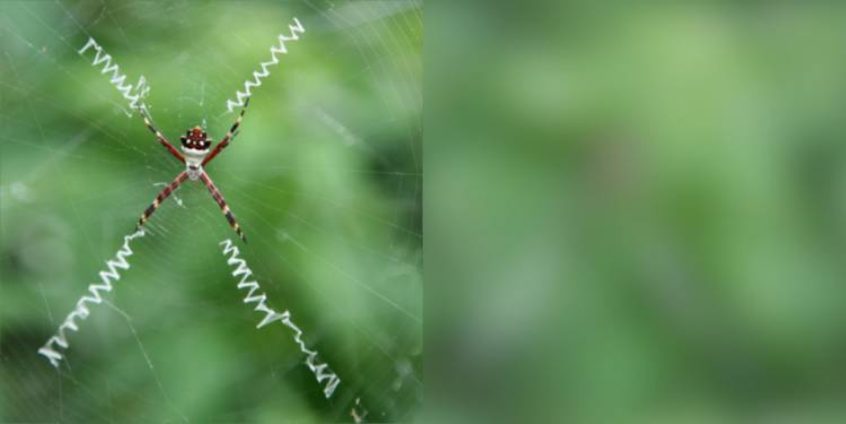 Here are some additional examples of emergent behavior, some of them more ambiguous than others:

Emergent behavior occurs, at the very least, in biology, physics, economics, and computer science. In biology, it occurs ubiquitously: for DNA, for hemoglobin, for muscles, for eyes.

In Empirical Findings Generalize Surprisingly Far, I further argued that empirical findings often generalize even in the presence of these emergent phenomena, citing examples in biology. But does this hold for other emergent domains, such as physics and economics? For physics, the answer is a clear yes, because of physical symmetries and conservation laws. Economics, on the other hand, is a field where external validity is notoriously difficult to come by.

I personally think that rapid controlled experimentation is the key to uncovering lawlike behavior, and that in this sense ML is more like biology and physics than economics. If we could experiment on economies as easily as we could on neural networks, I think we would have a much better understanding of general economic laws. But I could be wrong. I think one strong indicator will be whether the emerging field of science of ML[2] uncovers important robust phenomena in the next five years. If it does, and those trends survive repeated phase transitions, then we’ll have objectively evaluable evidence about whether empirical phenomena in ML can successfully generalize. I’m personally optimistic, but ultimately time will tell.